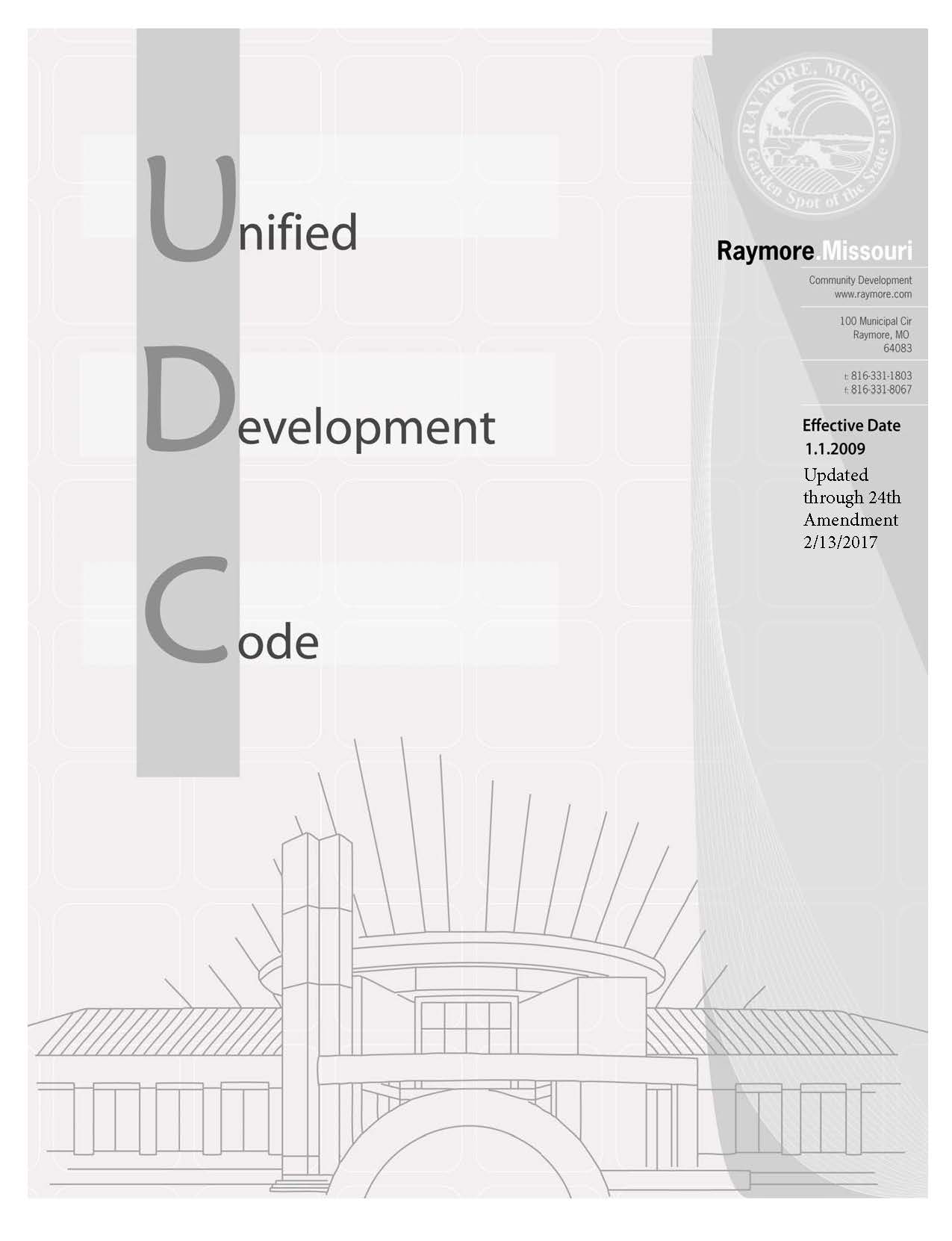 The Unified Development Code (UDC) was initially adopted by the City Council on December 8, 2008.  There have been 31 amendments to the UDC.

MEDICAL MARIJUANA FACILITIES:  The City of Raymore has established local land use regulations for medical marijuana facilities locating in the City.  The regulations became effective on July 23, 2019.

Any questions regarding the Unified Development Code may be directed to Jim Cadoret at (816) 892-3030 or at jcadoret@raymore.com.

Free viewers are required for some of the attached documents.
They can be downloaded by clicking on the icons below.