Show/Hide
Learn more about Phase I of Missouri's Show Me Strong Recovery Plan & the Economic Reopening Order from MO Dept. of Health & Human Services and what it means for Raymore residents and businesses at www.raymore.com/ReturnToWork. 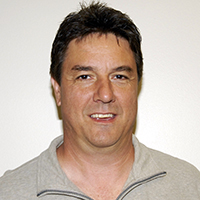 Jonathan Woerner (Jon) started with the City of Raymore in January of 2003. He has an undergraduate degree in Urban Planning and Environmental Design, at the University of Missouri—Kansas City. He is a Certified Building Official, Building Inspector, and Plumbing Inspector through the International Code Council. He is head of Building Inspections under Community Development. Jon started as a building inspector for the City of Abilene, KS and Hoisington, KS, and has been in the building codes trade since 1994. He works with citizens, developers and other departments to ensure safety and compliance of the building codes.
Return to full list >>
View Full Site